It’s one of the most famous residents of the Torres del Paine National Park, and its presence is key to keeping the ecosystem in balance. Here are some of the characteristics of the largest cat in Chile.
Nature Tierra Patagonia
August 23, 2020 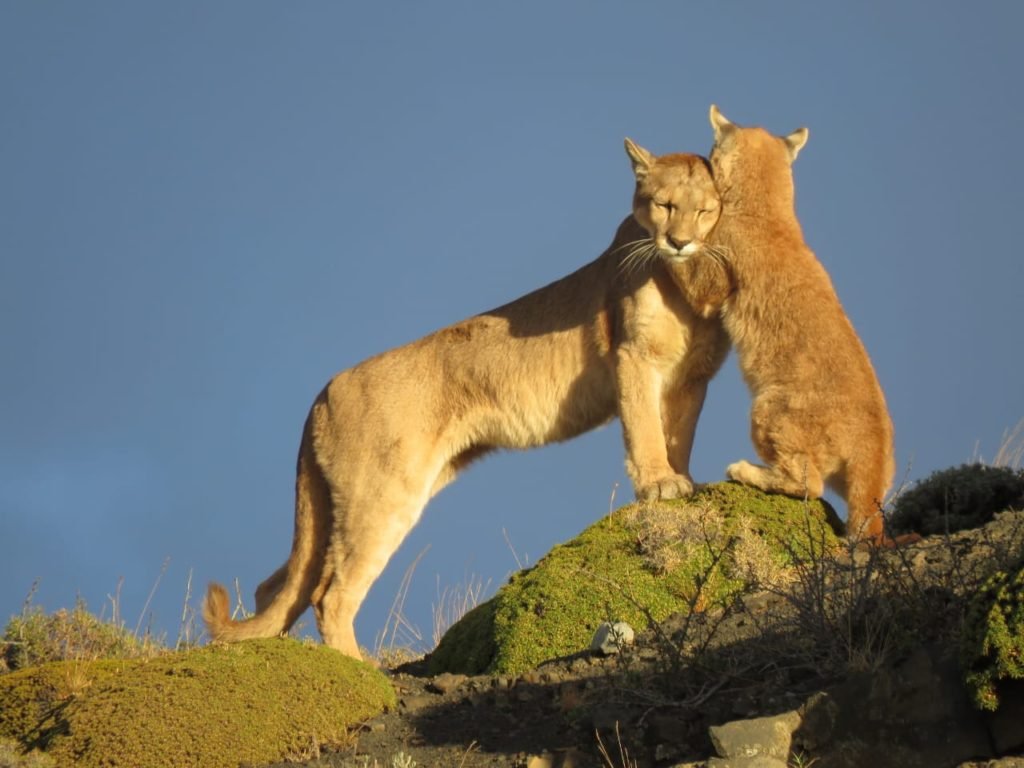 The Patagonian puma provokes a lot of interest among tourists who visit the Torres del Paine.  They’re not easy to spot, even though they’re the largest cat species in Chile, due to its exceptional camoflauge skills and, true to their solitary character, they prefer to stay away from curious humans.

However, while we can’t always see them at first sight, we know that they are around hiding.  The guides at Tierra Patagonia are very familiar with pumas and, with their knowledge and experience, are known for being able to help visitors get a privileged and lucky view of a puma in action.  This, of course, is always done while keeping a safe distance from the big cats, as we don’t want to intrude.

Along with the help of Tierra’s guides, it is important to learn a bit more about this beautiful animal before going to search for it.  For this reason, we have made a list of 10 fun facts about the puma that you likely did not already know:

Now that you know the facts, when you’re visiting the Torres Del Paine Park, be sure to stay very alert and keep your eyes open.  If you’re lucky, you might just spot a sly puma, one of the most spectacular animals in the Southern hemisphere.  Remember, if you plan to visit Tierra Patagonia and you are interested in puma observation and other wildlife excursions, you should let your Guest Experience Executive know when you make your booking and we’ll prepare a special stay based on your interests to ensure your experience is unforgettable.