Roaming the extreme south on horseback is a wonderful experience that reveals the daily life of those who inhabit this incredible place, such as Luis Bahamondes, host of one of Tierra Patagonia’s excursions.
Nature Sustainability Tierra Patagonia
June 30, 2020 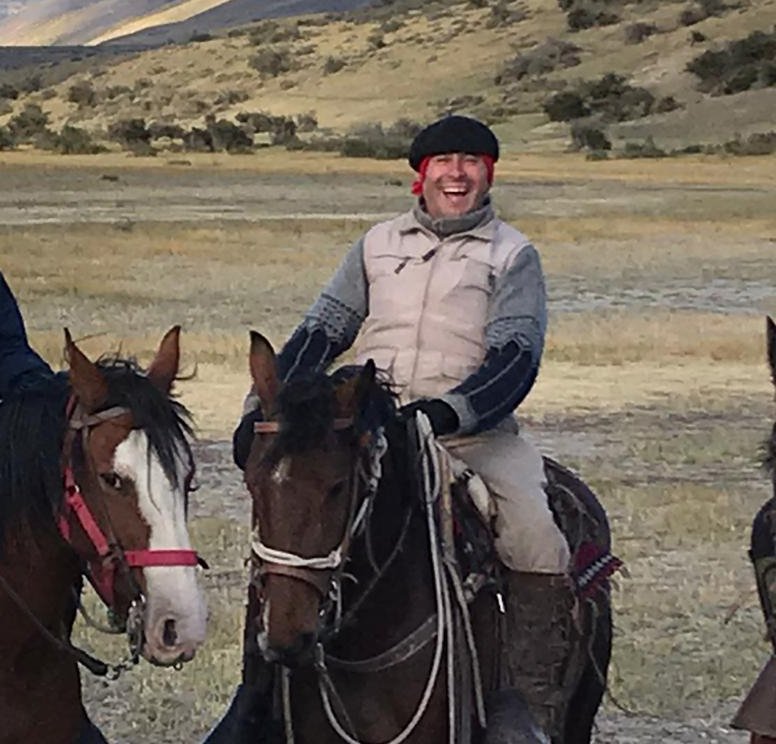 Luis Bahamondes, better known as Lucho, has been working for more than eleven years at the Entre Lagos Ranch in Chilean Patagonia. Originally from Chiloé, from a very young age he started working in this area, mainly helping shepherds and herders who sought him out for his hard work.

When he turned 16, he had to decide his path: to be a shepherd or a herder. He thought, “there are more sheep in Patagonia.” Besides, he always really liked sheep dogs. Gradually he learned the process of working with them, which, at first, was not easy. Over time, Lucho became an expert shepherd.

When he arrived at Entre Lagos Ranch, thanks to his brother who was working there as a manager, the first thing he did was tame horses. He started work at seven in the morning and finished at 9 or 10 at night. Thus, in just six months, he managed to tame more than 44 horses. For a while, he worked as a shepherd and then devoted himself to tourism at the ranch’s lodge. 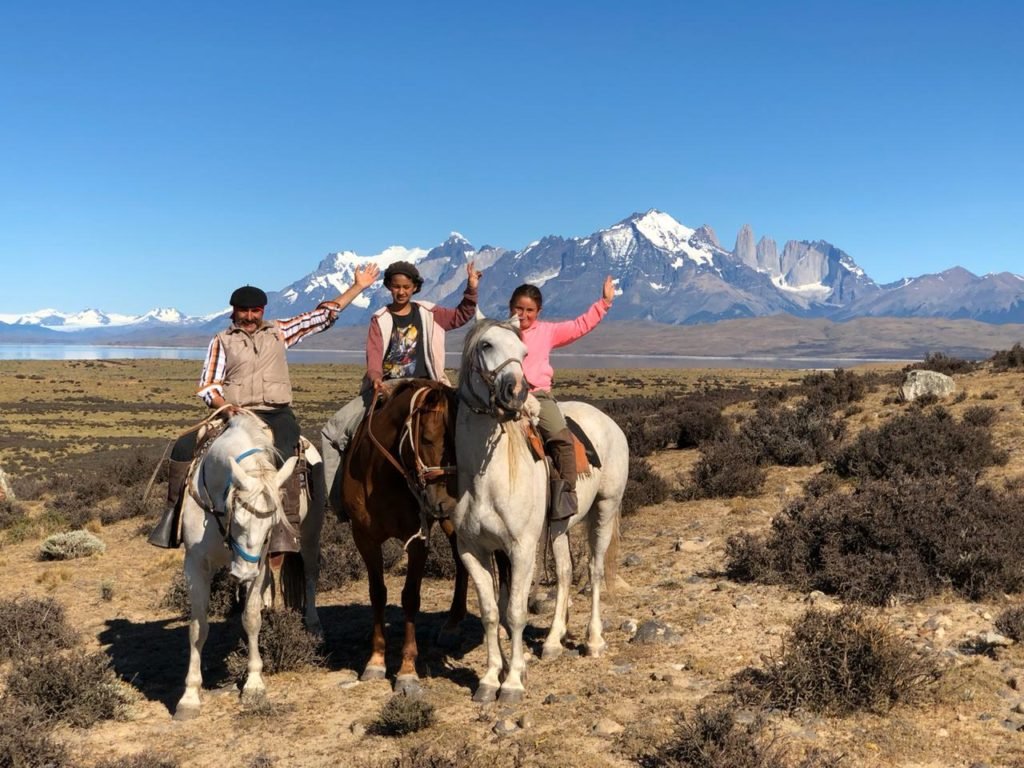 Lucho, in love with his dogs, feels that he has enjoyed his life in Patagonia very much. He likes to work with his dogs and horses, and to talk with people, especially tourists, because, as he says, they have taught him many things. He confesses that what he most enjoys is looking out on the landscapes and heading out to walk in the hills and by the lakes.

Lucho has a 9-year-old daughter, Monserrat, who has won several championships in horse endurance racing. Whenever she can, she accompanies him to the hotel. She has learned everything about horses with him and shares his affection for animals.

The excursion he leads at Tierra Patagonia consists of a peaceful, half-day horseback tour. It starts at Sierra del Toro and descends towards Lake Sarmiento, offering wonderful views of the Paine Massif. This experience makes it easy to understand why Lucho loves his work in Patagonia.