Solar Energy in the Atacama Desert

Thanks to its geography, Chile has one of the highest levels of solar radiation in the world. This has allowed sustainable projects, such as Tierra Atacama’s solar plant, to thrive while taking advantage of these favorable conditions.
Sustainability Tierra Atacama
June 1, 2020 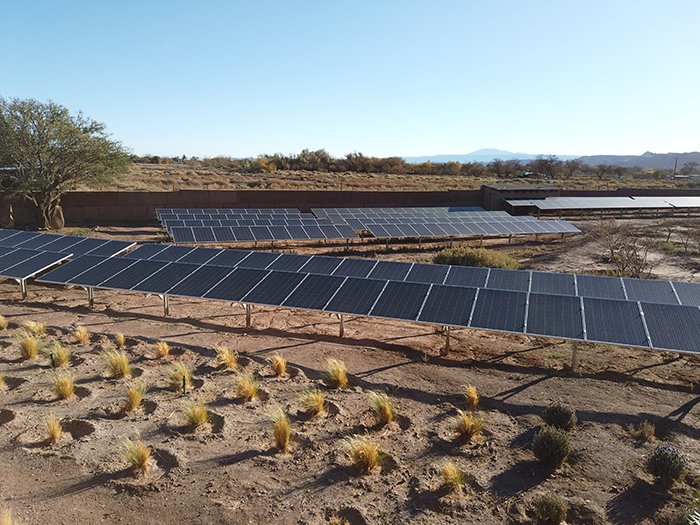 Market demand for solar energy in Chile has been essential to the country’s progress in terms of the creation of independent, sustainable energy sources. Thanks to its geography, Chile has one of the highest levels of solar radiation in the world, which has led to a boom in this type of project over recent years.

Tierra Atacama is located in the middle of the driest desert in the world: the Atacama Desert. About 80% of the days each year are sunny and clear, making the use of solar energy a highly efficient solution.

Our hotel currently has 588 solar panels and a battery bank that meets the hotel’s electricity requirements for about 12 hours a day.

During the years prior to this project, the hotel consumed about 190,000 liters of diesel a year. Today, thanks to the solar energy we produce, we have cut this number in half. In addition to having saved a lot of energy by using less fuel, we have also significantly reduced our carbon footprint.

During 2019, we prevented the production of 250 tons of CO2, equal to that of more than 50 cars in a year or the electricity consumption of more than 40 homes during the same time period.