Alejandro González is considered a Living Human Treasure, for preserving the ancient customs of the town of Toconao in San Pedro de Atacama. His artistic presentations are recognized in his traditional music and carvings in pumice stone. His sculptures are part of the decoration in the hotel Tierra Atacama.
Tierra Atacama
Februar 22, 2021 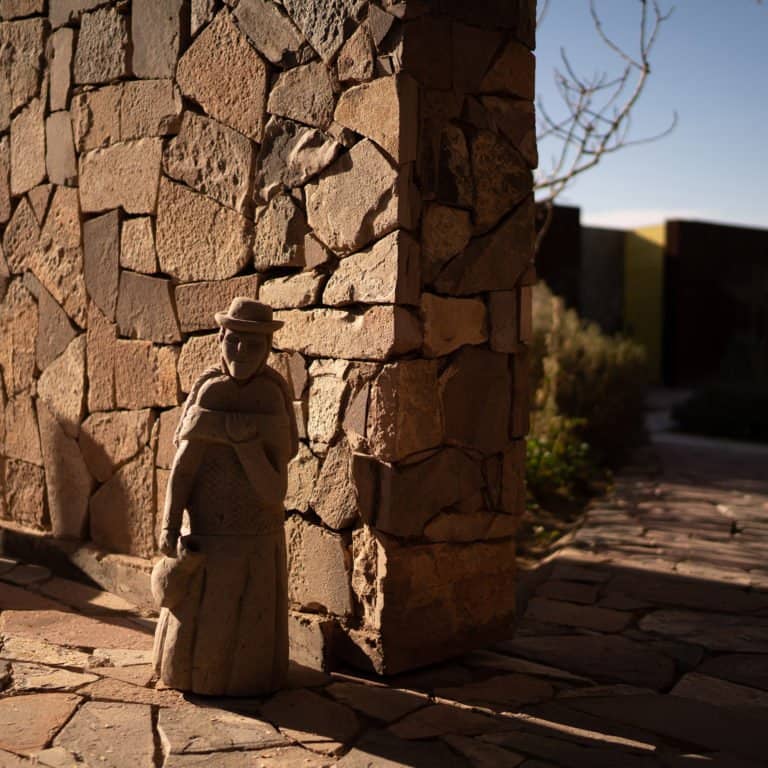 The sculptures and figures carved into volcanic rock by Alejandro González, not only represent animals, houses and objects of the Atacameñan culture; they also symbolize an traditional profession in Toconao, a small locale in San Pedro de Atacama.  His important work led to his recognition as a UNESCO Living Human Treasure in the year 2011, by the Chilean government, through the Ministry of Culture, Arts and Heritage.

The volcanoes, such as the Licancabur, are an essential part of the Atacameñan landscape, which is why the pumice or “liparita” stone is very abundant.  Toconao is a small town located in the Andean pre-mountain range, in the middle of the driest desert in the world, close to the Atacama Salt Flats.  The word “toco” means “rock” in the native kunza language.

In this video, Alejandro González shows us how he creates his work and the importance it holds for him and his community.  He also mentions how his work is connected with his other profession, music, and his fundamental participation in the carnivals of Toconao, where he writes and sings his own songs.