This enormous volcano, sacred to indigenous people, appears on the desert horizon and immediately captivates the attention of those who visit San Pedro de Atacama. It is dormant, but does not appear so. Rising above the high plains, it is part of the Andes Mountain Range and its crater contains the fifth largest lagoon in the world.
Nature Tierra Atacama
März 27, 2020 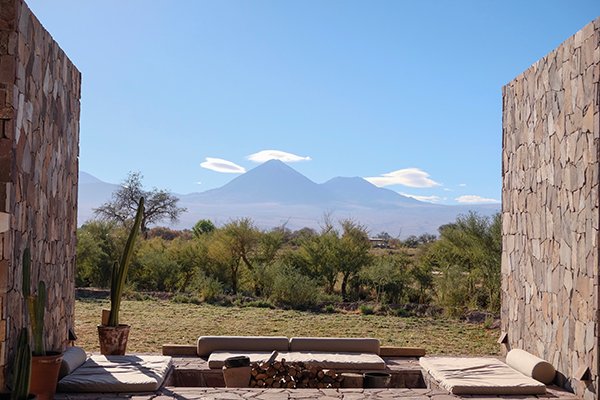 In kunza, the dialect of the people of the Atacama, Licancabur means “the people’s mountain” (lickan= people, ckabur= mountain).

This 5,916-meter-high volcano, located right on the border between Chile and Bolivia, is considered by this and other high-plains indigenous cultures to be a sacred, protective mountain. 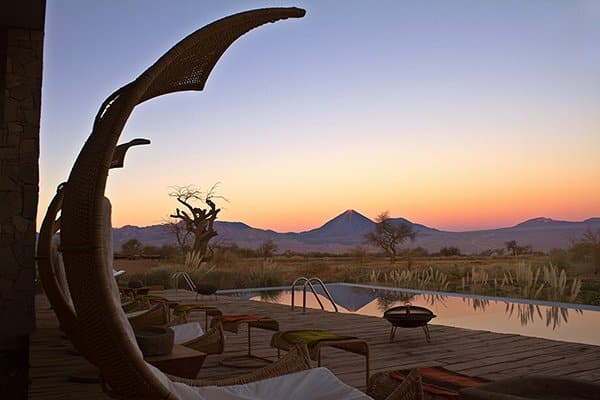 Aside from being an essential and beautiful part of the landscape, Licancabur projects a strength that everyone perceives. Our hotel Tierra Atacama’s architecture takes this into account, allowing guests to appreciate and become part of the desert’s natural landscape from each of the guestrooms, pools and common spaces; and also by way of our cuisine, excursions and spa treatments.

San Pedro de Atacama emits a very special energy. In addition to Licancabur there are many other volcanoes and hills that are part of its arid landscape. Among them are Lascar Volcano and Toco Hill, which are both included on our list of excursions. These tours promise a pleasant experience with incredible views of the entire valley. However, to take part in this adventure, it is important to be quite physically fit and plan several nights of acclimatization prior. Are you up for it?