If you enjoy stargazing, you definitely must visit San Pedro de Atacama. The sky in this remote area of northern Chile is considered by scientists from around the world to be the perfect site for installing modern telescopes which allow them to study the universe as never before. In their studies they have found, among other things, one element that the ancient Atacameñan people understood very well.
Nature Tierra Atacama
septembre 6, 2020 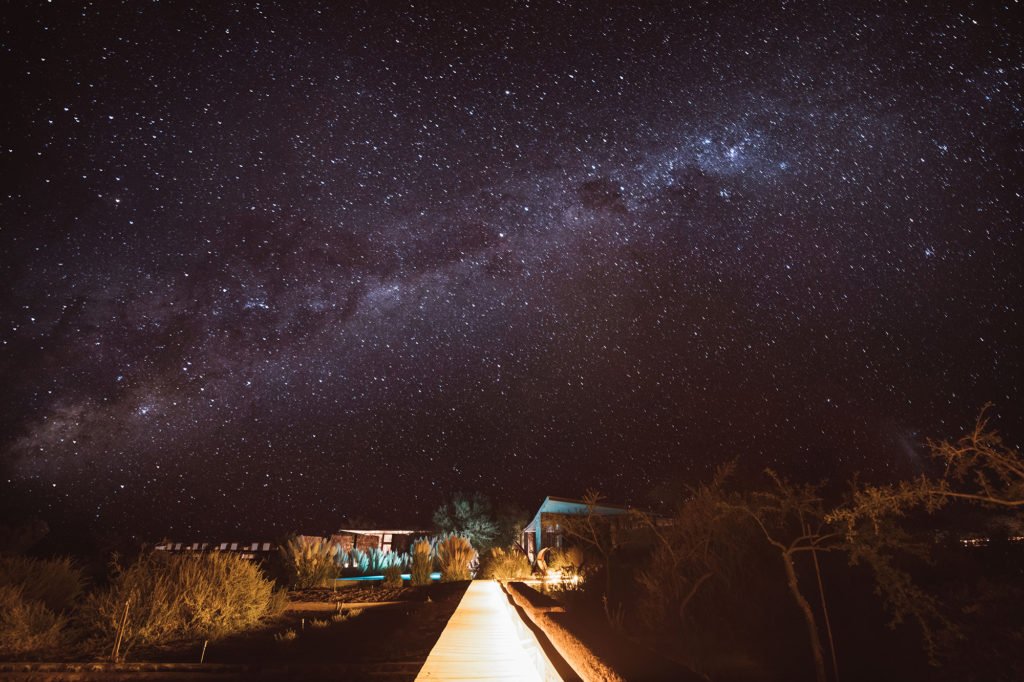 It is an impressive spectacle.  The natural conditions of the Atacama Desert allow us to see the stars unlike in any other place on the planet.  The unique geography and climate here explain this absolutely clear panorama, in which we can easily identify not just the Milky Way, Saturn and Jupiter, but also many other bright elements that circle around our universe.

The sky above the Atacama Desert is so clear, that scientists from around the world have come here with the goal of expanding modern knowledge of astronomy.  Enormous telescopes have been built in the north of Chile, using the most advanced technology that exists to take advantage of the natural benefits that this altiplanic zone presents.  This is the same place that was inhabited by ancient cultures, such as the Atacameñans, who also held a special relationship with the stars.

As in many other past civilizations, the Atacameñans “drew” different constellations in the sky, which they used to identify animals and to explain their beliefs and ancestral stories.  The main difference from cultures in other parts of the world, is that the Atacameñans did not create figures by drawing imaginary lines from star to star to group them together.  Instead, they looked at the figures that were formed in the dark space between the bright stars. 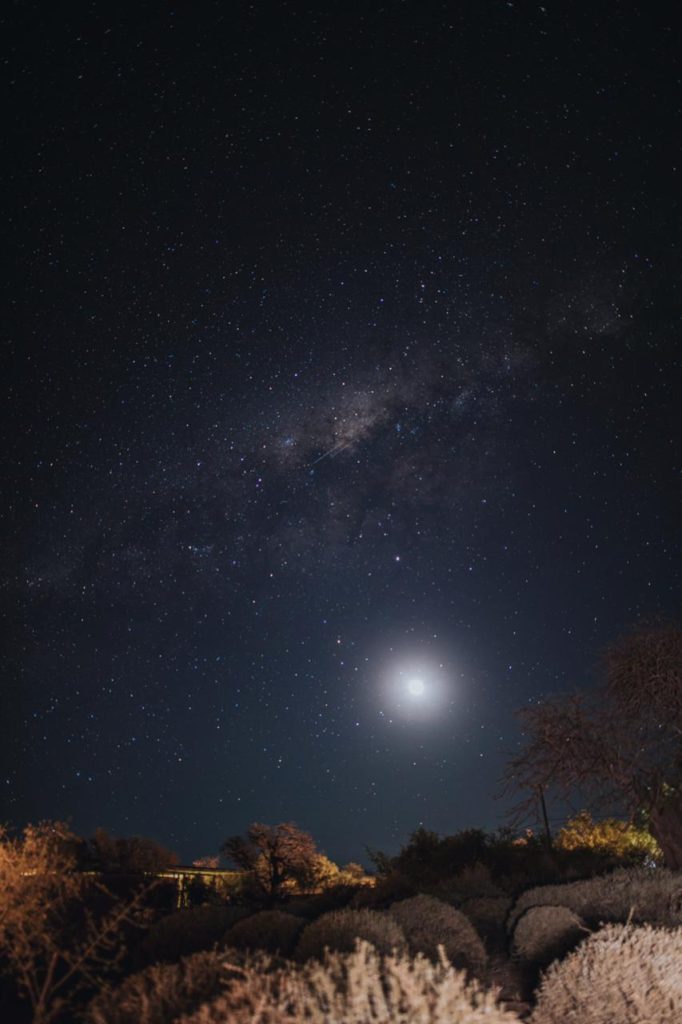 Today, these dark zones of the universe have caught the attention of the scientific community, who have found the Chilean desert to be the ideal place to study these unknown cosmic phenomenons.  Nevertheless, in San Pedro de Atacama you don’t have to be an expert astronomist to contemplate the wonders of the universe.

One of the excursions offered by Tierra Atacama includes observing the spectacular starry night sky.  Equipped with a telescope and with the help of expert guides, guests learn to distinguish planets, galaxies and distant constellations, among which they will discover those identified by the ancient Andean peoples.

This heavenly experience, which lasts approximately an hour and a half, mixes the wonders of the universo with the astounding Atacameñan culture, and is held away from the hotel in a special place where the telescope is located.  It’s important to dress warmly and know that this activity isn’t available during a full moon phase.  Get ready to experience an unforgettable night in the Atacama Desert!